Dick Field wanted his World War II service to be “something different.”  It was. The nineteen-year-old guaranteed that when he volunteered to be a paratrooper. The Army assigned him to the 551st Parachute Infantry Battalion. In August 1944 his unit participated in Operation Dragoon, the Allied invasion of southern France. They made airborne history in that campaign by carrying out the war’s first daylight combat jump by American paratroopers. With the 551st’s attachment to the 82nd Airborne Division, Dick fought in the Battle of the Bulge. In a letter to his wife months later, he admitted, “I have never seen such hell before.” He survived that German counteroffensive, but the 551st did not. Based upon Dick’s recollections and letters home, this is his story.

To Quiet the Fears of Others

The story of a World War II Army Nurse 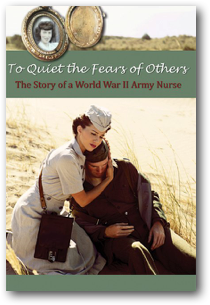 Lillian Krell Swerdlow cared for America’s wounded soldiers during World War II as a member of the Army Nurse Corps. Her heritage and training had prepared her for that service. Recruited by the legendary Jimmy Doolittle, Lillian was only nineteen when she joined the military. She landed in Great Britain on June 6, 1944, the day of the Allied invasion at Normandy. In the months that followed, Lillian recalls that there was “no let up” in the casualties that arrived. At first, she thought those from D-Day would be “the worst I ever saw.” Unfortunately, that did not prove to be the case. The “worst” began to show up in mid-December with the Battle of the Bulge. In spite of all she went though in her fifteen months overseas, Lillian believes her military service was “a remarkable experience.” At age ninety, she now shares it with readers of her story. 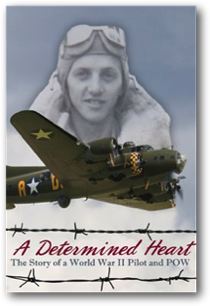 The story of a World War II Pilot and POW

“You have to come home, darling, you just have to,” Joan Klinke pleaded with her Army Air Corps husband in a diary entry dated October 13, 1944. She began the journal on the day a telegram arrived from the War Department. It informed her that Second Lieutenant Raymond Bernard Klinke was Missing in Action over the skies above Germany.

During World War II, the United States Army inducted over eight million Americans into its ranks. The military turned each of those men into a soldier. Ray Klinke, a clerk before the war, became one of those transformations, a dramatic one popularly known as a “flyboy.” Unlike most other personal histories from World War II, the story of his training, service, and months as a prisoner of war can be chronicled in detail because Ray and Joan saved their letters and diaries.  What they went through is representative of what other couples experienced during the war. As such, Ray and Joan’s story is the story of their era.

The Story of a WWII 4th Division Infantryman

Jack Port spent fifteen months in the European Theater during World War II as a member of the 4th Infantry Division. For most of that time, he served in France, Belgium, and Germany as a rifleman. His three major campaigns were among the most brutal ones fought in Europe--the Battle for Normandy, the Battle in the Hurtgen Forest, and the Battle of the Bulge. The first one began on June 6, 1944 at Utah Beach.

At one point, Jack acknowledged in a letter to a friend, “I can’t believe myself that I have been through all this.” He candidly admits, too, that as an infantryman, he was “scared.” Yet at the same time, Jack quietly explains how, as critical moments of combat approached, “we waited for an order” to move forward. He followed such orders, even when he may have preferred not to do so.

Of Faith and Family

The Story of a World War II Marine Corps Couple 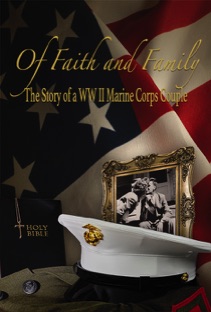 Joe and Bea Walsh served as Marines during World War II. Joe's story is rich in the military history of the war--the critical work defense battalions performed, the enemy attack at Pearl Harbor, the intensive training of Navy Air Cadets, the vital role of observation squadrons, and the detailed plans for the invasion of the enemy's homeland. In contrast, Bea's story of service gives insights into the historic role women played in the war as members of the USMC.

Before they entered the military, Joe and Bea valued their religious faith and their families. Once they enlisted, those beliefs took on added dimensions. The two Marines came to hold an unassailable faith in the Corps itself, what it stood for and what it was capable of. And they saw fellow Marines as members of another family, one bonded not by ancestry but by a powerful esprit de corps. Joe and Bea's faith and families lay at the heart of their story.